The target of this project area is to reduce nutrient pollution of Lake Byn. 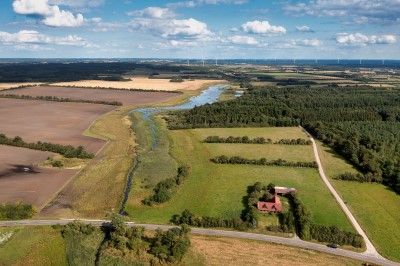 Lake Byn is a lobelia lake, a nutrient-poor freshwater lake, which is part of Natura 2000 area no. 65. The lake is unique with its 26 threatened species, including the Water Awlwort, which only lives here, and seven EU-protected species, among them the Eurasian Otter. Discharge from surrounding agriculture risks polluting the lake, where especially phosperous and sediments have deteriorated the lake’s condition.

The target for this project area is to reduce flood damages. 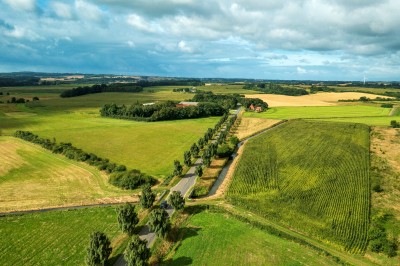 The stream Rårup Å runs through Aastrup Fen before continuing into Skjold Å. This intersection leads to flooding of nearby buldings and infrastructure
resulting in great damages. The area is characterised by protected habitat types, with approximately 23 protected species in the area. Among them, the Northern Lapwing and Annex IV species, such as the Eurasian Otter. The nature in the area is highly fragmented, which makes the living conditions for the species inhabiting Aastrup Fen difficult.

The target of this project area is to reduce groundwater contamination. 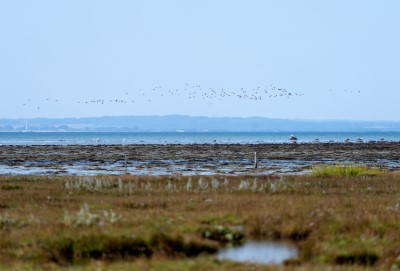 Endelave is part of Natura 2000 area no. 56. The island is characterised by its exceptionally valuable nature and is breeding ground for 76 protected species. Endelave has 150 inhabitants and 15.000 tourists visiting the island every year. Endelave’s groundwater ressource is limited and threathened by island’s landscape.